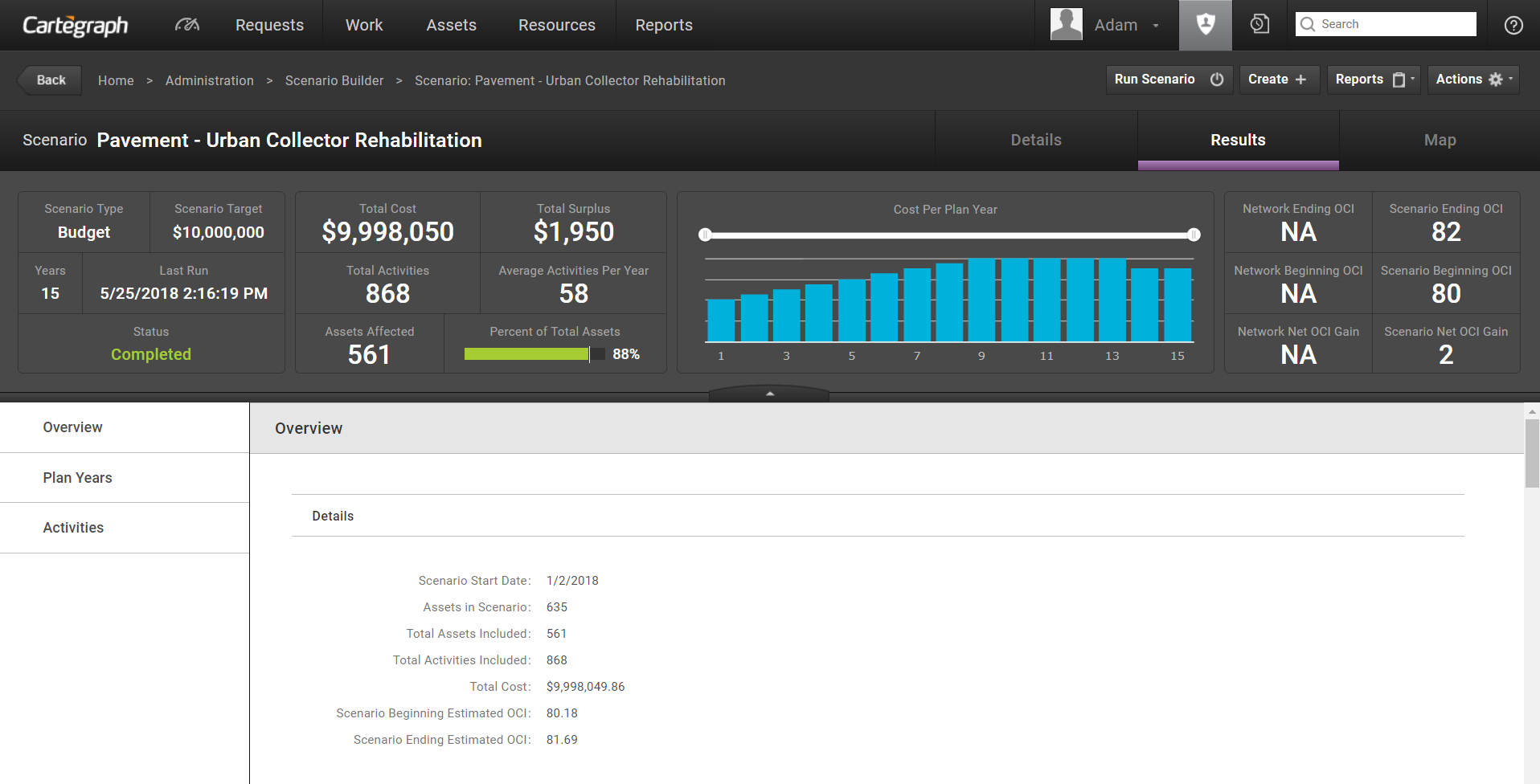 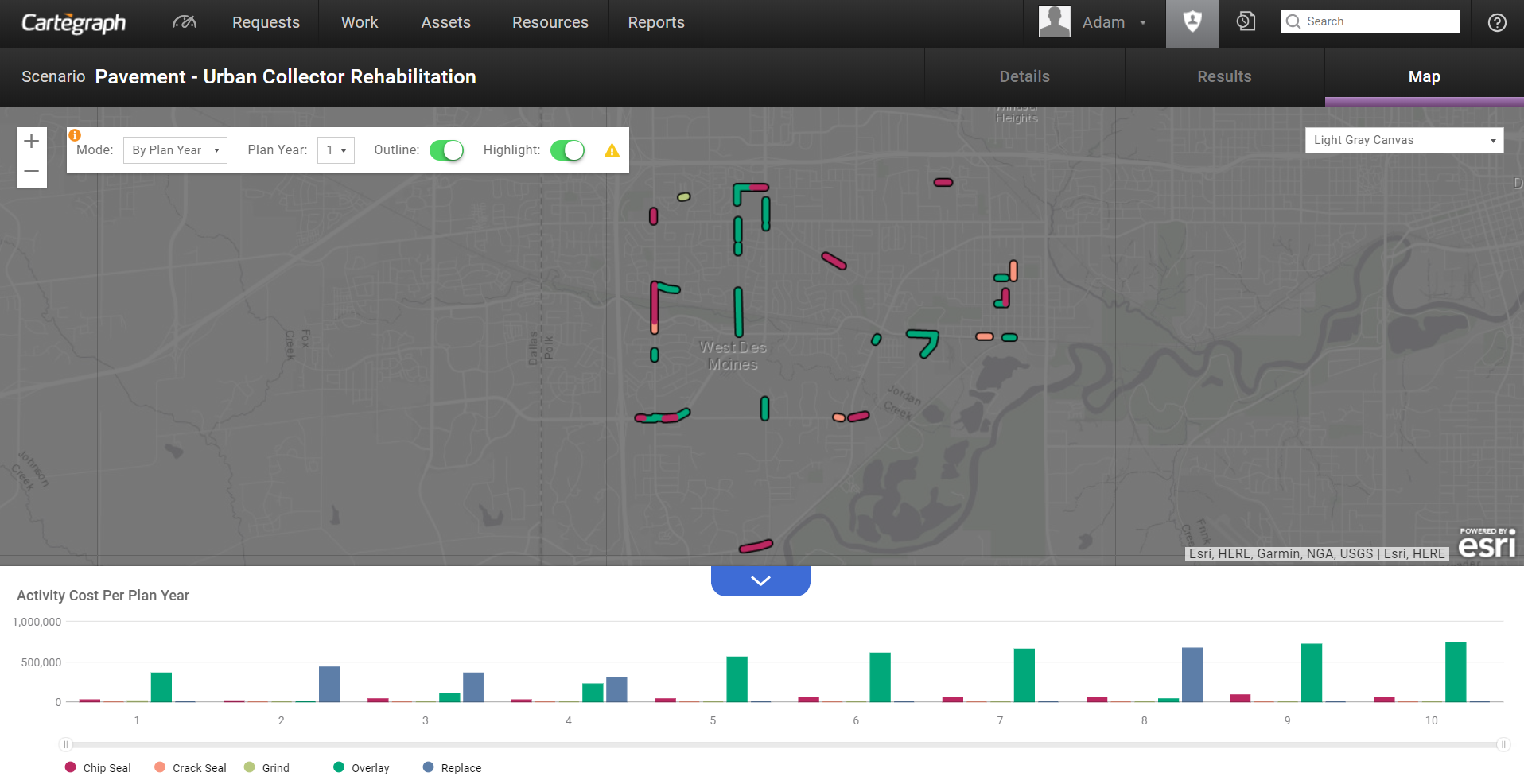 Scenarios are used to identify projected activities with their cost and impact based on a defined work approach for any asset type. Access the Scenario Builder to setup, run, and adjust Scenarios to meet identified outcomes such as defined budget limitations or target network OCI (overall condition index).

The following are key settings in the creation or setup of a Scenario. The options chosen for the following fields will have the greatest impact on the Scenario results.

These settings work together to determine your scenario results.

You must have administrator rights to access this feature.

You must have a Cartegraph OMS advanced feature extension to access this feature.

Protocols are utilized by Scenario Builder. When creating a scenario, identify the protocols that apply to that scenario. For a given scenario, protocols are the mechanism used to group specific assets of the same type, for the purpose of recommending activities. Protocols use a filter to define the group of assets. Each asset on a scenario must qualify for one and only one protocol. Each protocol has a group of triggers that define what activities can be recommended and when each activity should occur. An activity may only appear once in a given protocol.

Triggers are a component of Protocols, which are utilized by Scenario Builder. Each protocol contains one or more triggers. Triggers are the mechanism used to define which activities can be recommended for the group of assets defined in the parent protocol. Each trigger also states when each activity should occur, as well as the cost associated with doing the particular activity.

After creating a scenario and adjusting any other Scenario Details as desired, click Run Scenario. Immediately upon starting to run a scenario, the Run Status updates to Running and the Last Run Start time displays the current date and time. Existing scenario results, if any, are cleared at the beginning of the run. While a scenario is running, the running progress screen displays.

If the Scenario encounters a critical error while running, the scenario status updates to Stopped with Critical Errors. Any results that have been generated up to the point of the critical error are cleared to the extent possible. Last Run Start time is not cleared and continues to reflect the date and time in which the scenario last started. Access the Error Log to review a detailed error message and resolve any issues if needed. Run the scenario again to successfully complete the scenario.

While a scenario is running, any user who attempts to view the scenario sees the running progress screen. Any user is able to cancel a running scenario by clicking Cancel; all scenario results clear on cancel.

If you don’t add a budget, the associated activities cannot be recommended.