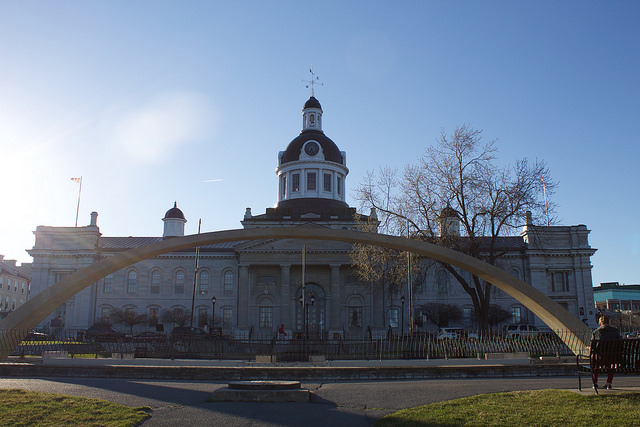 Kingston is an impressive, historic city located in Eastern Ontario, midway between Toronto and Montreal, where the St. Lawrence River meets Lake Ontario. Fort Frontenac, a French trading post founded in 1673 by European explorers, became a focus for settlement.  Today, Kingston is home to more than 123 300 people.

The City of Kingston began using Cartegraph over 10 years ago with the Navigator system. The Engineering Department has been the principal stakeholder in the Navigator implementation. They have made extensive use of Cartegraph’s integration to ArcGIS to synchronize their data. Additionally they have used Cartegraph’s flex technology to create specialized forms, tools and asset classes. Over 200,000 assets are tracked across 45 asset classes. Until recently the Navigator system was used strictly for asset management, but this is changing in the move to OMS.

After a successful pilot using OMS to inspect and track over 50,000 signs and trees the City decided to move forward with an Enterprise implementation of Cartegraph’s OMS. The project will consist of migrating the existing data from their navigator environment as well as creating new asset classes and tools that allow the City to provide better service and expand the user base of OMS.